Helen Carswell Chair in Community-Engaged Research in the Arts and Assistant Professor, Department of Music 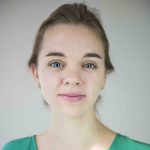 As a music scholar and arts educator, Amy pursues projects which build relationships inside and outside the concert hall. She is the founding member and manager of the prairie-based Horizon String Quartet with whom she presents concert tours of interactive performances for schools across western Canada. At McGill University, Amy established a course titled “Chamber Music and Engaging New Audiences” for the purpose of developing undergraduates’ communication skills within a performance context.

As a performing violinist, Amy has commissioned and premiered new Canadian works by Jocelyn Morlock, Nicole Lizée, Carmen Braden, Randolph Peters and Jordan Pal. Her debut album titled Roots demonstrates the connections between select Canadian compositions and works from the traditional canon of classical repertoire. As part of the meagan&amyduo, Amy performed this repertoire in ten Canadian provinces during the inaugural “Pan-Canadian Partnership” Recital Tour. As a soloist, she also toured Canada as winner of the Eckhardt-Gramatté National Music Competition and she studied ties between French and Québécois repertoire as artist-in-residence at La Cité Internationale des Arts in Paris.