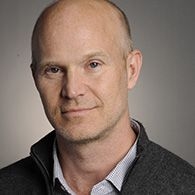 Professor Zryd is a scholar and curator whose research focuses on experimental and avant-garde cinema, documentary film theory, American populism in film and media, and Buffy the Vampire Slayer. Major research projects include a conceptual reconstruction of Hollis Frampton’s Magellan project, which he has co/curated in Toronto, New York, Karlsruhe and London; a critical examination of irony in documentary and experimental film; and an institutional study of the development of cinema and media studies in North America from the 1960s to the present. He is co-founder of the Toronto Film Seminar and of the Experimental Film and Media Scholarly Interest Group in the Society for Cinema and Media Studies (SCMS).