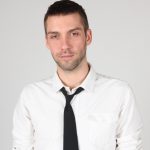 Ryan Conrad is a SSHRC postdoctoral fellow in Cinema & Media Studies at York where he is currently working on a book entitled Radical VIHsion: Canadian AIDS Film & Video. Conrad is affiliated with the Archive/Counter-Archive project through his participation on the HIV/AIDS activist video case study. He completed his PhD in the Interdisciplinary Humanities program offered through the Centre for Interdisciplinary Studies in Society and Culture at Concordia University, where he has also been a part-time faculty member in the Interdisciplinary Sexuality Studies, Film Studies, and Studio Art programs. He also holds an MFA from Maine College of Art and is an active film and video maker. 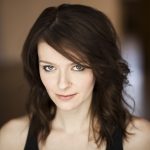 Devon Healey works in the area of critical disability studies, theatre and drama as well as in education. All of her work is grounded in her experience as a blind woman guided by a desire to, as Paul Gilroy (2000) says, “re-educate the sensorium.” She holds a two year SSHRC Postdoctoral Fellowship with York University’s School of the Arts, Media, Performance and Design as well as the Sensorium Lab. Devon is a classically trained actor and holds a PhD in Disability Studies from the Ontario Institute for Studies in Education at the University of Toronto. The aim of her work is to show how blindness specifically and disability more broadly can be understood as offering an alternate form of perception and thus, is a valuable and creative way of experiencing and knowing the world. Making use of theatre and drama studies together with critical disability studies and phenomenology, Devon engages an exploration of how, as Rod Michalko (2011) puts it, “we have come to say what we say and do what we do in relation to blindness and disability.” She is currently working on developing her PhD dissertation titled, “Blindness in V Acts: Disability Studies as Critical Creative Inquiry” into both a play and a book. Devon’s publications include,“Eyeing the pedagogy of trouble: The Cultural documentation of the problem subject,” The Canadian Journal of Disability studies, as well as a paper co-written with Drs. Tanya Titchkosky and Rod Michalko titled, “Understanding blindness simulation and the culture of sight,” the international Journal of Literary and Cultural Disability Studies, Hope University, Liverpool, UK.

Sunita Nigam is a SSHRC Postdoctoral Fellow in Theatre & Performance Studies at York University, where her research focuses on the performance and politics of housing in rural and urban environments in Canada. In particular, she uses community-engaged research to explore different spatial practices citizens are innovating in response to growing housing crises. As she is learning more about sharing knowledge through storytelling as a consultant for a podcast production company, Sunita is interested in experimenting with the podcast as an accessible and evocative medium for disseminating her research.

Sunita holds a PhD in English from McGill University, where she published on the history and politics of popular performance forms in Montreal and researched the relationship between cultural performances and urban development in North American cities (specifically, Mexico City, New York, and Montreal) from 1968 to the present. Ever-on the move, Sunita currently lives and works in North Hatley, Quebec. 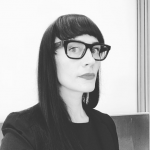 Julia Polyck-O’Neill is an artist, curator, critic, poet, and writer. A former lecturer at the Obama Institute at Johannes Gutenberg Universität Mainz (2017-18), international fellow of the Electronic Literature Organization, and fellow of the Editing Modernism in Canada project, she is a Social Sciences and Humanities Research Council (SSHRC) Postdoctoral Fellow in the department of Visual Art and Art History and the Sensorium Centre for Digital Arts and Technology at York University where she studies digital, feminist approaches to interdisciplinary artists’ archives for her project, Potential Archives: Envisioning the Future of the Interdisciplinary Artist Archive in Canada. She is currently developing a monograph based on her SSHRC-supported dissertation, Rematerializing the Immaterial: A Comparative Study of Vancouver’s Conceptual Visual Arts and Writing, which she completed at Brock University. Her writing has been published in Zeitschrift für Ästhetik und Allgemeine Kunstwissenschaft (The Journal for Aesthetics and General Art History), English Studies in Canada, DeGruyter Open Cultural Studies, BC Studies, Canadian Literature, Avant Canada: Poets, Prophets, Revolutionaries (Wilfrid Laurier University Press, 2019), and other places. 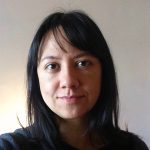 Julia Chan is a Mitacs Postdoctoral Fellow in Cinema and Media Arts at York University, whose research project centres around accessibility, visual and surveillance cultures, and Canadian publishing. As part of the project, Julia will be managing the journal PUBLIC: Art | Culture | Ideas and working to increase its accessibility. Julia’s other research areas of interest include image-based sexual abuse, visual culture, surveillance studies, culture and technology, “screen life” films, critical race theory, feminisms, and sexual violence in culture. Her academic article “Violence or Pleasure? Surveillance and the (Non-)Consensual Upskirt” appeared in the journal Porn Studies, and a book chapter is forthcoming in the collection Screening #MeToo: Rape Culture in Hollywood (SUNY Press) edited by Lisa Funnell and Ralph Beliveau. Julia holds a doctorate in Cultural Studies from Queen’s University and an MFA in Screenwriting from York University. Her film work has screened at festivals such as Sundance and ImagiNATIVE, and her fiction has been published in subTerrain, Joyland, LitroNY, and Cosmonauts Avenue, among other literary journals.

Leah Decter is a white settler scholar and inter-media artist whose research focuses on the ways cultural production can be mobilized to advance critical (re)conciliation and decolonial change.  She is currently a SSHRC Postdoctoral Fellow in Theatre and Performance Studies/Sensorium at York University where she is researching artists in Canada, Australia and other settler states, whose work subverts colonial ideations that are embedded in the settler imaginary. In addition to this digital archive/book project, she is currently co-editing a special issue of PUBLIC Journal forthcoming in 2021. Decter holds a PhD in Cultural Studies from Queen’s University and an MFA in New Media from Transart Institute/Danube University. Her writing has been published across disciplines and her solo, collaborative and social practice artwork has been presented internationally. Her current research-creation projects examine social-spatial politics consequent to ongoing settler colonial formation in Canada, and consider ethical approaches to being-in-relation in Indigenous sovereignty. For further info see leahdecter.com 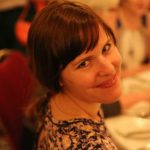 Alana Gerecke is a settler dance artist and scholar who pursuing academic and artistic research that coheres around embodied assembly. Gerecke holds a Banting Postdoctoral Fellowship in the Department of Theatre where she researches social choreographies of assembly as they are expressed in flashmobs, community-dance projects, and publicly sited dance-based work. Her research—including her current book project Moving Publics—explores the social and spatial lives of subtle and virtuosic choreographies in public spaces. Current publications include a co-edited issue of Canadian Theatre Review (2018), a forthcoming co-edited issue of Performance Matters (2019), and a commissioned article in Susan Manning, Janice Ross, and Rebecca Schneider’s anthology Futures of Dance Studies (Wisconsin UP, 2019). A professional dance artist, Gerecke has performed with various companies and artists, including EDAM Dance, Battery Opera, Projet In Situ (France), Justine A. Chambers, and others. She is also co-founder of the interdisciplinary site-based performance group, Behind Open Doors Arts Collective (2004-2013), and she continues to facilitate and create community-based movement projects. For more, see www.alanagerecke.com. 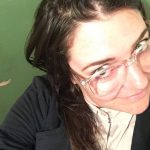 Zoë Heyn-Jones is a researcher-artist and cultural worker who grew up on Saugeen Ojibway land in Ontario (Canada) and on Tz’utujil/Kaqchikel Maya land in Guatemala. Zoë holds a PhD in Visual Arts from York University and a graduate diploma in Latin American and Caribbean Studies from CERLAC (the Centre for Research on Latin America and the Caribbean, York University) where she researched the performance of human rights accompaniment and networks of solidarity activism between Guatemala and Canada. Zoë is currently a postdoctoral fellow with the Canadian Consortium on Performance and Politics in the Americas, where she has initiated the “Resisting Extractivism, Performing Opposition” project that considers performances of (anti)extractivism. She lives and works in Mexico City and Toronto.

Shawn is a Mitacs Postdoctoral Fellow in Cinema and Media Arts at York University where his research focuses on developing an accessible digital portal for Public: Art | Culture | Ideas, an interdisciplinary journal/magazine hybrid about visual cultures. He is interested in disrupting prevailing publishing practices that reify ableist norms and re-designing Public’s digital footprint. As Managing Editor of Public, and Director of Public Access (Public’s parent organization), Shawn oversees all aspects of the journal’s production as well as two other segments of the organization: Public Books and Public Projects.

Having had an international career as a concert dancer and choreographer, Shawn has worked throughout Canada, across Europe, and produced his first show in Shanghai, China when he was 24. He teaches in the fields of Gender Studies, Cultural Studies, and Cinema and Media Studies with a focus on identity, power, and embodiment. He holds a PhD in Cultural Studies from Queen’s University. 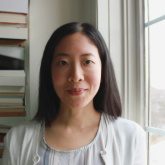 May Chew received her Doctorate in Cultural Studies from Queen’s, where her research examined the uses of interactive and immersive technologies in diverse museological sites across the country, and how these facilitate the material practice of nation and cultural citizenship. She currently holds a Postdoctoral Fellowship in Urban Public Space at York, where her work centres on the roles of public art and community engagement in urban revitalization. She collaborates on Houses on Pengarth, a large-scale research creation project centred on developing a socially-engaged, experimental art lab in Toronto’s Lawrence Heights community. May has taught in the areas of culture and technology, multiculturalism and Canadian cinema. Her work appears in the recent anthology, Material Cultures in Canada (2015). She holds an MA in Communication and Culture (York and Ryerson), and a BFA in Film Production (York). Mitchell Akiyama is a Toronto-based artist, scholar, and composer. His eclectic body of work includes objects and installations that trouble received ideas about perception and sensory experience; writings about contemporary art, animals, and cities; and scores for film and dance. Akiyama’s output has appeared in commensurately miscellaneous sources such as Leonardo Music Journal, ISEA, Sonar Music Festival (Barcelona), Raster-Noton Records (Berlin), Gendai Gallery (Toronto), and in many other exhibitions, publications, and festivals. He holds a PhD in communications from McGill University and an MFA from Concordia University. 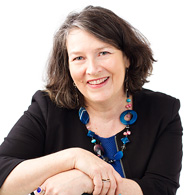 Mary Elizabeth Luka was a Banting Postdoctoral Fellow at York, based at Sensorium in the School of the Arts, Media, Performance & Design, and at the Schulich School of Business. Her creative work and research investigates how artistic, civic and business sectors are networked in the digital age, including her current comparison of sites of cultural collaboration in Canada, the U.S.A, the U.K. and Australia, and ongoing research about recent Canadian media and broadcast policy, such as the Let’s Talk TV campaign at the Canadian Radio-television Telecommunications Commission. She aims to improve understanding about how creative workers shape their careers and lives, how employers cultivate inspiring work environments, and how governments and universities generate civic and innovative commitments in the digital era. Dr. Luka is current Board Chair for Arts Nova Scotia, and a member of the NSCAD University Board of Governors and the Cultural Human Resources Council PATAC. She is a member of the public art group, Narratives in Space + Time Society, which intervenes at specific sites to engage others in art practices and storytelling, and is an award-winning digital media and television producer-director. 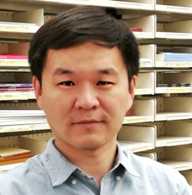 Qi Wang is a Chinese researcher in the area of documentary. The focus of his work is on the comparison of Chinese and western documentaries, particularly in the new media era. He is also concerned about the impacts of the new technologies on the development of documentary, such as human-computer interaction, virtual reality and augmented reality. Qi Wang is also a director. He had a career in a TV station for several years before he turned to a full-time scholar. Now he is planning for his independent interactive documentary works. He is the member of the Documentary Academic Committee of the China Television Artists Association. He holds a PhD in film from Peking University and an MA in journalism from Communication University of China.