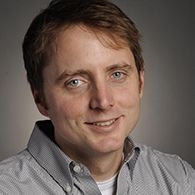 Brandon Vickerd is a sculptor whose site-specific interventions, public performances and object-based sculptures act as a catalyst for critical thought and engagement with the physical world. Purposely diverse, his studio work straddles the line between high and low culture, acting as a catalyst for critical thought and addressing the failed promise of a modernist future predicated on boundless scientific advancement. Whether through craftsmanship, the creation of spectacle, or humor, the goal of his work is to provoke the viewer into questioning the dominate myth of progress ingrained in Western world views.

Vickerd’s current research engages in enriching public spaces through the development of public art that challenges citizens to reflect on our notions of public space. Projects such as Dance of the Cranes (Edmonton and Washington DC) transform the cityscape through choreographed dances executed by high-rise construction cranes perched upon condos developments. Most recently Vickerd was awarded a commission for a permanent installation for 12th Street S.E. Bridge Public Art Project in Calgary. The resulting artworks was titled Wolfe and the Sparrows and resulted from a three-month collaborative process with the citizens of Inglewood and the City of Calgary. Wolfe and the Sparrows consists of a traditionally rendered monument that appears intact from a distance; however, as the viewer moves closer, the upper body of the sculpture transforms into a flock of sparrows scattering into the distance. Cast in bronze and positioned on a traditional raised pedestal, this sculpture utilizes the language and aesthetic of traditional statuary to actively subvert the authority of public monuments.

Professor Vickerd is principal investigator for the CFI-supported Digital Sculpture Lab at York University, dedicated to studying the convergence of the digital and the physical in art by translating digital code into physical reality.” Vickerd has received numerous awards and grants from the Social Science and Humanities Research Council, the Canada Council for the Arts, the Toronto Arts Council, and the Ontario Arts Council.